Fast and smart typing with Emojis, GIFs, and more 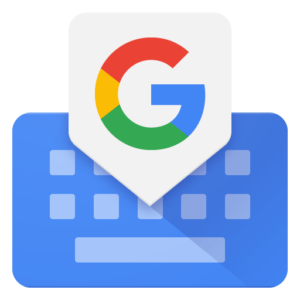 Gboard has everything you love about Google Keyboard—speed and reliability, Glide Typing, voice typing, Handwriting, and more

GIFs* — Search and share GIFs for the perfect reaction.

Multilingual typing — No more switching between languages manually. Gboard will autocorrect and suggest from any of your enabled languages.

Not supported on Android Go devices

Hundreds of language varieties, including

Wear OS support: Everything you love about the Google Keyboard now available on your watch—speed and reliability, Glide Typing, Voice Typing, and more

Emoji Typing — Find your favorite emojis on your wrist

All Wear OS languages supported, including

• Gesture cursor control: Slide your finger across the space bar to move the cursor
• Gesture delete: Slide left from the delete key to quickly delete multiple words
• Make the number row always available (enable in Settings → Preferences → Number Row)
• Symbols hints: Show quick hints on your keys to access symbols with a long press (enable in Settings → Preferences → Long press for symbols)
• One handed mode: On large screen phones, pin keyboard to the left or the right of the screen
• Themes: Choose your own theme, with or without key borders

You are now ready to download Gboard - the Google Keyboard for free. Here are some notes:

PandaVPN Pro - Easy To Use

Sky: Children Of The Light